Guests of the 1st International Congress on Education Transformation

She has been director of the non-profit organisation Centre for Culture of Peace and Nonviolence “Mali Korak” since 1994, which is a member of the Hague Appeal for Peace Global Campaign for Peace Education (GCPE) network and DARE (Democracy and Human Rights Education in Europe) network. She holds a degree in philosophy from the University of Zagreb and currently working on her doctoral thesis at the Faculty for Political Sciences (Zagreb University). Upon her graduation, she worked as a high school teacher for nine years, after which she commenced to work for the Croatian Ministry of Education on curricula development and teacher training in philosophy and sociology. She has lectured at the Department of Educational Sciences of the University of Zagreb and has edited, authored and co-authored numerous social science textbooks as well as other publications in the field of education. She co-founded the Center for Women’s Studies in Zagreb, where she has been teaching courses on “Gender Perspectives in Theories of Moral Development” since 1995. With Mali Korak, Maja Uzelac has developed a Peace Education Teaching Programme for primary school teachers and conducted a series of seminars and interactive learning workshops directed mostly at teachers and students in war-affected zones; this project was supported by UNICEF. She has organised hundreds of workshops for teachers and NGO members (peace-building activists and women groups) in Croatia, Macedonia and Bosnia, as well as some international workshops for trainers on conflict-resolving skills (Budapest, Antwerpen, Utrecht, Vienna, New York, Dubrovnik). In the last three years (2006-2009) she has been project leader of «Peer Mediation Programme in School».

Participation in this congress:

Conference: Theorising The Impact of Peace Education by Developing A Model of New Educational Practices

The magistral lecture concentrates on presentation of a model of peace education for primary and secondary school level, which has been developed and implemented in different educational environments, rural and urban, but mainly war- and post-war zones of Balkan region, such as Vukovar (in Eastern Slavonia), Srebrenica and Sarajevo (Bosnia), Dubrovnik (Croatia), Priština (Kosovo) and  Skopje/ Ohrid (Macedonia).

According to the 20-years experience in developing different cognitive, ethical and social competences of teachers and students – our educational work (in the NGO «A Small Step») was recognised by UNICEF, Danish Red Cross and Nansen Dialog Centre from Norway and our textbook  model (2 books) have been translated in English, Hebrew and Arabic. The 20-session program was implemented in Palestinian and Israeli schools as extracurricular education.  (see – www.malikorak.hr/english/textbooks/html

Most of us have been ( and are still) educated in ways which encourage competition and conformity. Neither of these gives us the cognitive, ethical and social competences which are focused on five values: freedom, equality, participation, responsibility and solidarity.  Social competences are built on communication, initiative, cooperation, developing personal and collective responsibility, building commom projects and  inclination to know more and better about other cultures and have social sensiteveness. So peace ebucation develops attitudes and behaviors which foster a process of conflict transformation at different levels – from personal relationships (marriage and the family) through our social and business affairs, ethnic and religious relationships, to governmental and the international scene.

Peace and conflict studies, which analyse the common features of conflict at differenl levels, from personal to the international, theorise as always so that they adjust the theory to data. The main parts of peace education should not be taught by giving information. The key is methodology of experiantial, participatory learning.You have to teach by creating the situations through which the students can examine their attitudes and behaviour. They learn from their own experience. Such workshops are adventures in learning. Peace education developed a new model of educational practices, so it raised the occurrence of new paradigm of education as such.

Workshop: Windows to our feelings 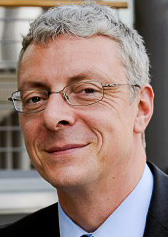 He is the proud father of a son with Fragile X Syndrome, who was diagnosed while his father was a Postdoctoral Fellow in Mathematics at Dalhousie University, Halifax, Canada. After the family‘s return to Europe, Dr. Richstein joined the German Fragile X family association Interessengemeinschaft Fragiles-X, serving on the board since 2004. In 2007, he was elected Vice President, and since 2009 he has been leading the association. In that year, Dr. Richstein organized the largest ever held international conference on school education for children with Fragile X Syndrome.

He considers himself honoured to have taken part in the creation of the European Fragile X Network (www.fragilex.eu), chairing the first three meetings of EFXN in the years 2011 and 2012.

His major goal in all his work is to try to change the world in a way that will guarantee people affected by mental disabilities, and Fragile X Syndrome in particular, a good, secure and enjoyable future as full members of our societies. He considers education in all areas and stages of life to be the basis of a creative, tolerant and peaceful human future on Earth.

Jörg Richstein and his family live in Giessen and Berlin, Germany.